The Trustees of Elmlea Schools’ Trust are both trustees of the charity and directors of the company. Under charity law our Trustees have the ultimate responsibility for directing the affairs of the Trust including being the employer and accountable body, ensuring that it is solvent, well run, compliant with statutory and regulatory functions and delivering the charitable outcomes for which it has been set up.

Our Trustees are selected for their skills and each brings a professional expertise to the work of the Board. 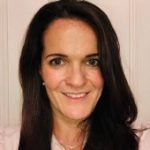 Co-Chair of Trustees
Term of Office 1 April 2021 to 31 March 2025
Adrienne was appointed as a Trustee in April 2021. Adrienne is a Programme Manager and works for a large insurance firm, delivering Finance and regulatory change. Adrienne lives in Sneyd Park with her husband and 2 teenage sons. In her spare time, she enjoys supporting their football and rugby matches as well as being a keen runner and cyclist. 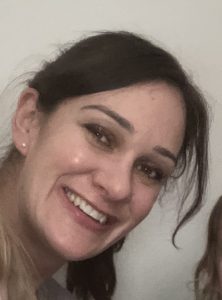 Trustee
14 July 2022 to 13 July 2026
Alice is an anaesthetist in her final year of training at Bristol Royal Infirmary, having worked in the NHS for the last 13 years. She has a son who started at Elmlea in 2021 and twins in preschool. In her limited spare time she enjoys playing netball, baking and knitting.

Term of Office 1 April 2021 to 31 March 2025
Alistair became a Trustee in April 2021. He has two sons, one currently in reception. Alistair is a solicitor who has lived and worked in Bristol for the last 8 years. He is a keen runner. 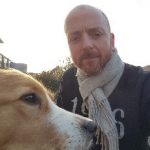 Chair of Health and Safety Sub-Committee Health and Safety Trustee
Term of Office 5 December 2019 to 4 December 2023
Colin joined as a Trustee in December 2020. Colin has two children, one of which is still in the juniors and the other who is in the local secondary school. Professionally Colin manages several large, highway infrastructure projects in the south west and Colin is able to utilise this experience within the trust by chairing the Health and Safety Committee. Spare time is taken up with plenty of dog walks and cycling.

Trustee
14 July 2022 to 13 July 2026
Emma-Jane became a Trustee in 2022. She has a son in the infant school. Emma-Jane is a partner at DAC Beachcroft LLP where she specialises in all aspects of charity law and governance. She has over 15 years of experience advising charities and not for profit organisations, particularly those in the education and health and social care sectors. 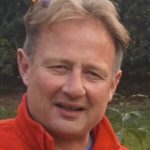 Chair of Joint Local Governing Body
Term of Office 21 August 2018 to 20 August 2022
Gareth lives locally and is married to a teacher and has a daughter. He works in education as the headteacher of Chew Valley secondary school. He has worked in various schools in Surrey including a spell working with teacher training before relocating to the West Country and spending twelve years in a senior leadership role at Clevedon School. He enjoys running regularly (slowly!) and following a range of sports. 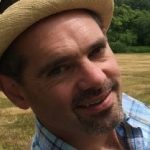 Term of Office 1 September 2019 to 11 December 2022
Hedley is a chartered accountant with finance, governance and improvement experience in large insurance and telecoms corporates with children at different stages at Elmlea. When time permits Hedley enjoys camping, caravanning, classic cars and Formula 1. 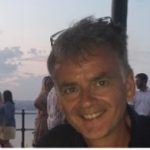 Chair of Audit and Risk Committee
Term of Office 1 September 2019 to 31 December 2023
Martin is a chartered accountant who moved from London in 2017 where he was Treasurer for a leasing company. He now manages his own investment fund. Martin’s son attends the school. Hobbies include racquet sports, scuba diving and cycling. 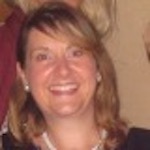 Chair of Operations Committee
Term of Office 1 April 2021 to 31 March 2025
Sarah is a chartered accountant and currently works at the University of Bristol as a Finance Director. She has one child in the school who started in reception in 2019. She has held previous trustee and governor roles in local schools and brings experience of budgeting and strategic planning within the education sector. Her hobbies include reading, (learning) crochet, and jigsaws! 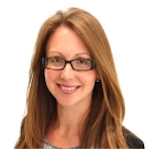 Chair of Staffing Committee
Term of Office 5 December 2019 to 4 December 2023
Sarah was appointed as a Trustee on the newly formed Elmlea Schools Trust Board of Trustees in 2019. Sarah has twins who started in reception in 2019 and lives in Westbury on Trym. She is an HR Consultant, and prior to this she practised as a Solicitor for 11 years specialising in employment law and brings this knowledge and experience to the Board. 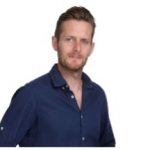 Co-Chair of Trustees
Term of Office 1 April 2021 to 31 March 2025
Simon co-founded and manages a global renewable energy business with operations in the UK, Ireland, USA, Canada, Spain, Portugal and Italy. He holds a Masters Degree in Computer Science from Imperial College, London and is an avid rock climbing enthusiast, amateur DIY practitioner and proud parent to two precocious boys.

Trustee
14 July 2022 to 13 July 2026
Steve became a Trustee in 2022. He has a son in the infant school. He is a qualified Chartered Accountant with over 20 years experience working in both practice and industry with a range of businesses from entrepreneurial SMEs to large international corporations. He is currently a CFO for a high growth e-commerce business.

View Calendar
Elmlea Schools Trust > Governance > Trustees
We use cookies on our website to give you the most relevant experience by remembering your preferences and repeat visits. By clicking “Accept All”, you consent to the use of ALL the cookies. However, you may visit "Cookie Settings" to provide a controlled consent.
Cookie SettingsAccept All
Manage consent

This website uses cookies to improve your experience while you navigate through the website. Out of these, the cookies that are categorized as necessary are stored on your browser as they are essential for the working of basic functionalities of the website. We also use third-party cookies that help us analyze and understand how you use this website. These cookies will be stored in your browser only with your consent. You also have the option to opt-out of these cookies. But opting out of some of these cookies may affect your browsing experience.
Necessary Always Enabled

Any cookies that may not be particularly necessary for the website to function and is used specifically to collect user personal data via analytics, ads, other embedded contents are termed as non-necessary cookies. It is mandatory to procure user consent prior to running these cookies on your website.