Trust Members are responsible for ensuring the trust meets its charitable objectives and can control changes in the constitution (subject to DfE approval) and other fundamental decisions relating to the academy trust.

The role of member is a sometimes defined as “eyes on and hands off”.  This describes their responsibility for overseeing the governance of the Trust rather than operating the schools or the central functions.

Member
Term of Office 1 December 2021 to 30 November 2025
Gareth is a Chartered Accountant having originally qualified in practice before moving to industry, where his experience includes various Finance Director roles and senior commercial finance positions in entrepreneurial SMEs and listed companies. 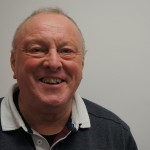 Term of Office 10 July 2021 to 9 July 2025
Ian is a recently-retired chartered secretary, who was employed as Head of Corporate Services at the City of Bristol College. His work there included acting as Company Secretary to Trust in Learning – a federation of Bridge Learning Campus (formerly Hartcliffe Secondary and Teyfant Primary) and Orchard School Bristol – and their subsequent move to academy status in 2011/12. He is a Bristolian, who was commissioned into the Army on leaving school, and returned to live in Westbury at the end of his service in 1990. 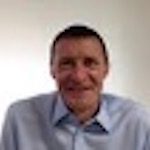 Member
Term of Office 1 January 2021 to 31 December 2024
As an Elmlea parent, Nick was very pleased to join the team of Elmlea Infant School Governors in 2014. In July 2019 Nick was appointed as a Trustee on the newly formed Elmlea Schools Trust Board of Trustees and has more recently made the move to become a Member. His day job for more than twenty years is as a co-owner of a local recruitment consultancy. Nick is also a football coach at Rockleaze Rangers and enjoys the odd game for the Elmlea Dads football team. 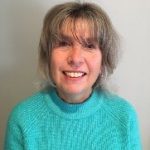 Chair of Members Board
Term of Office 23 March 2022 to 22 March 2026
Philippa became a Governor of Elmlea Infants’ School in April 2017 and following the formation of the Elmlea Schools’ Trust has been appointed as Chair of the Members Board. Philippa was previously the Vice Chair of Governors at Stoke Bishop Primary School around 18 years ago and since retiring in 2016 she wanted to use her 40 years experience and skills in senior management posts as an Inspector of Taxes for HM Revenue and Customs to help support her local school. Philippa enjoys getting to know the children and teachers and hopes to meet more parents over time. She also volunteers at Bristol Civil and Family Courts where she supports people who represent themselves at court. She loves travelling, reading and trying to walk 10,000 steps everyday!

Member
Term of Office 1 September 2019 to 18 March 2022
Steve served as a parent governor of Elmlea Infant School since 2015. Steve was appointed to the Elmlea Schools’ Trust following it’s formation in September 2019. Professionally, Steve works for a major British Bank. Steve is a qualified football coach and enjoys coaching a local team.

View Calendar
Elmlea Schools Trust > Governance > Members
We use cookies on our website to give you the most relevant experience by remembering your preferences and repeat visits. By clicking “Accept All”, you consent to the use of ALL the cookies. However, you may visit "Cookie Settings" to provide a controlled consent.
Cookie SettingsAccept All
Manage consent

This website uses cookies to improve your experience while you navigate through the website. Out of these, the cookies that are categorized as necessary are stored on your browser as they are essential for the working of basic functionalities of the website. We also use third-party cookies that help us analyze and understand how you use this website. These cookies will be stored in your browser only with your consent. You also have the option to opt-out of these cookies. But opting out of some of these cookies may affect your browsing experience.
Necessary Always Enabled

Any cookies that may not be particularly necessary for the website to function and is used specifically to collect user personal data via analytics, ads, other embedded contents are termed as non-necessary cookies. It is mandatory to procure user consent prior to running these cookies on your website.